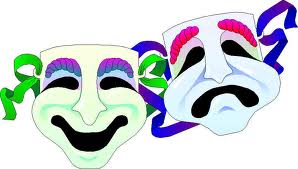 Costumes for Life: What Aspects of Yourself Do You Wear? 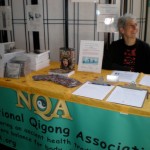 I’ve always loved Halloween, learning who are today’s heroes and villains and what triggers the imagination of little kids as they march door to door in happy anticipation of the sugar high to come Halloween night. I also enjoy seeing what costumes adults choose to express themselves when given a chance, as I saw this weekend when I hosted a booth at a Healing Arts fair which included a costume competition. 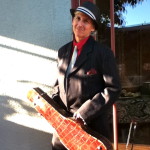 I often think that we are all actually wearing costumes all the time. Or as one beloved friend, (now deceased), a political drag queen named Tede Matthews, once said, “We are all born naked. Everything after that is ‘drag.’”

I think many people think of who they are as somehow fixed, unchangeable, a result of different circumstances that have happened to them over their lives. Or, as scientist Bruce Lipton describes, they mistakenly believe that they are simply victims of their own genetics, with no real choices along the way. For example, have you ever heard someone get so attached to their own irritability, impatience or defensiveness that they explain it away as simply being “just how they are” or “born that way”?

I actually believe we make choices all the time that influence and affect who we are. What costume, or the aspect of your personality—humorous or serious, will you be wearing this week, including and beyond Halloween?

Vicki Dello Joio, founder of The Way of Joy: A Spiritual Fitness program, is a teacher, speaker and performing artist. Integrating over 40 years of Chi Kung practice with other martial arts as well as her work in Yoga, Feldenkreis, physical fitness and theater, Vicki has developed a dynamic set of tools to increase awareness, transform obstacles into opportunities and enhance creative potential. Book: The Way of Joy: An Evolutionary Process to Awaken Inspiration, Focus Intention and Manifest Fulfillment, CD: Short Meditations for a Busy Life.

One Strategy for Running a Successful Home Business: Take Time for Not Doing

As I’ve devoted energy into my own business over this last week, I’ve noticed that I’ve been living under the specter of “one more thing-itis.” It feels like I’ve been running and running yet somehow still staying in the same place. One part of me is pleased by the illusion of perpetual productivity, while another voice inside insists that it’s important to balance doing the work I love with some time for reflection and replenishment, a “space in-between,” where I might balance the expansion of my outward energy (or yang state of activity) with times of internal focus (or yin state of receptivity).

Yet I resist. Too often in that space of non-doing, I end up feeling guilty or, god forbid, non-productive. Then, because my brain has hit a wall and I just have to do something, I find myself sitting in front of the tube watching instant play reruns of old tv shows. While this choice may succeed in silencing the “do-do” (doodoo?) mutter in my brain, it still doesn’t feel very good nor do I end up getting recharged.

In a chapter of my book The Way of Joy, I write about a principle I call Balance Brings Harmony and how often I’ve been struck by how many students and friends have said they feel ashamed to admit they have taken time during the day to read a novel, do a crossword puzzle, or take a nap. For most people, even vacation time is barely long enough to stop the internal buzz before picking up their “real life” once again.

By contrast, Wayne Dyer, author and inspirational speaker, has said, “It is the silence between the notes that makes the music. It is out of the silence, the gap, or that space between our thoughts that everything is created, including our own bliss.” Opening internal space, then, actually gives birth to our inspiration.

I remember hearing a story by the brilliant, heart-filled Jungian storyteller, Clarissa Pinkola Estés, about Picasso in his garden…

Want to have some fun telling stories? Interested in getting up on stage and performing? Join Vicki in her Playback Theater Improvisation class beginning Jan. 28 (with final class performance May 20)

Vicki Dello Joio, founder of The Way of Joy: A Spiritual Fitness program, is a teacher, speaker and performing artist. Book: The Way of Joy: An Evolutionary Process to Awaken Inspiration, Focus Intention and Manifest Fulfillment, CD: Short Meditations for a Busy Life.